Well, my stay in Spain has once again come to an end. I’ve had a great season, despite the disappointment of not finishing my main goal, Novena Puerta (8c+).

I’ve been trying Novena pretty intensely the last few weeks, feeling stronger after almost every rest day and making great progress.
The conditions have unfortunately not been on my side, being the end of the season in Santa Linya.
The route is (at this time of the year) in constant shade, but rising temps, wet holds and high humidity makes everything feel harder.

The route also takes forever to dry up, and there has been a lot of rain lately… Luckily most of the route has somehow stayed dry, but not all.
Most annoyingly a tufa just where you enter the upper crux has been wet, forcing me to try to climb the upper boulder crux with a wet hand...

My first encounter with Novena was back in January. I was feeling in great shape after Fabelita (my first 8c and first female accent of the route) and I was looking for a new project.
Having skipped 8b+, I found my self more confused with climbing grades then ever.
It seemed to me more a question of finding something I liked, something I was really motivated to work on, then a given number grade.
Of course, the higher number the more work, but if I try hard enough, the body, at least so far, seems to adapt.

I really liked the look of the Novena line, so I went through the moves a few times to see what it was all about.
The route is 22 meters long, super steep and bouldery.
It breaks down to a 12 meter 8b+/8c, followed by a decent rest, before another 10 meter 8b+.
The first part starts off with a hard boulder (up to a bad kneebar rest), followed by sustained hard technical climbing to the rest.


The rest is a big sloppy “horn” with good feet to the right, you can get some help from a heel and a bad kneebar, but most of the time you are better of hanging on your arms.

After the mid rest you are thrown into a technical 7C-ish boulder followed by a few long moves before the final bad "rest". It's about 60 degrees overhanging and you need a lot of body tension just to stay on the wall.
From this “rest” you get a sloper and have to do some technical footwork. This is followed by a few big moves to a decent undercling and the final crux, a dyno to a slopey jug just below the anchor.

The route climbs great but, maybe not so surprisingly, I found it to be really really hard.
I could barely do some of the moves individually and linking more then a few moves seemed impossible.
I did not really see myself sending it in the near future, so I left it, focusing my attention on Rollito Sharma Extension (8c) and Ingravids Eskerpes (8c).
During the next months I got stronger. So after sending Ingravids, I returned once again to Novena.
The moves still felt really hard, and I could not link the bottom boulder from the ground, but progression came fast and not before long I was making good links doing the route in 4 parts.
Not long after that, the first heavy rain came, the whole cave got soaked, and I had to leave the route in favor of something dry.

The next 2 weeks I spent in Margalef working mainly on Aitzol (8c). My finger strength was not the best after months on reasonably “big” holds in the cave, so Margalef was a perfect cure.
I felt close on Aitzol, but the cave dried up, and as Margalef is a 100km drive from our house, I decided to leave it and focus my remaining time on Novena.

Back on Novena I now felt much stronger (thank you Margalef). After a few days of tries, I was falling at the very top of the first part just below the mid rest (8b+/8c). One rest day later, I was linking through the whole first part, falling in what seems to be the crux for me, stabbing into a one finger pocket from a very small pinch in the boulder just after the mid rest.

After falling I was also able to link from the mid rest to the top twice. This got me super motivated. For the first time, I was actually feeling like I might be able to do the route.
Running out of time, every go seemed more and more precious. The first part requires so much focus and effort, so much that I was rarely able to get through it more then once a day.


In the mid rest I would stay for between 7-10 min, try to recover as much as possible, only to get shut down by slightly missing the stab to the mono a few meters above…


I found it very hard mentally to force myself to try to rest for so long knowing this horrible low percentage move was looming just above. I knew It could go If I just got there enough times or got a little lucky, and a few days later, that’s what happened.

This got me through to the very last move, the final crux, the jump to the big sloppy jug from a weird position holding a good undercling low down and a small edge.

I jumped, got my hand a centimeter from the good part of the hold, and slipped off…With only a few days left, I was lowered down, physically and mentally completely exhausted.
I felt like climbing on something else for a while. I needed to reload my energy and motivation for Novena. Unfortunately there was no time for that, the temps seemed to be rising from one day to the next. If I wanted to do this route this year I had no choice but to get back on it.
A couple of rainy rest days later, I was back on the route. This time thought without the motivation or the conditions. I tried, but not as hard as I had been trying before, it was useless.
If you don’t want it bad enough, you don’t get it…

I had to find my motivation again fast and pull my self together.
Freshening up on my “Rock Warriors Way” (the book) helped.
Once again I was focusing on seeing falling at the top as part of the process and a part of the challenge.
Not wasting my energy on “I should have done this already, I god damn fell on the top jug, bullshit-attitude”.

There are definitely times on a hard redpoints when things arn’t going your way, times when you find yourself confronted with despair and fading motivation.
This is when you have to look deep inside to find why you choose the challenge in the first place.
If I wanted to clip a lot of anchors I could have gone from crag to crag doing 8a’s and 8b’s.
I choose to be here, I choose to work this route, I wanted this challenge… and here I am, frustrated over the challenge.
It is at times like these, when you really get to test your self, not just physically but mentally, you really learn something about yourself.

I learned I could not just give up, not like this, not so close.
But only 1 day remained…
I needed more time, enough time to get a proper chance to really try to do it.
With my head back on track and the body rested, I decided to extend my stay with one more week.
My extended week began with overwhelming heat and rain, and the route got wet again pretty fast.
But with this new heat, it dried up a lot quicker then usually. It was still quite wet, but compared to how slow it dried up before, it was looking promising.
With some wet holds and temps pushing 30 it was far from perfect, but the psyche was high and I was totally ready to go hard and really push myself. I had one day on and one day off, so as to be able to recover properly and climb my best when climbing.
It worked pretty well, I was feeling stronger and stronger, getting through the first part (8b+/8c) up to three times a day at the end of the week.
A tufa in the crux boulder was now wet, and once again I found myself slightly missing on the stab move to the mono, now with the addition of a wet hand. 3 times I actually got the mono, just to have the wet hand slip off going for the next hold…

Then, in overwhelming heat (about 32 degrees) and fading light, I set of for my last try of the trip.
It was my second try of the evening, but I had skipped the morning session and was still feeling strong.
I got to the mid rest, feeling a little more tired then the try before, but still able to recover.
In the boulder I then got past the mono crux (for my second time)!
I was very surprised, I had almost chosen not to climb because of the heat. It just felt way too warm to climb something on my limit in these conditions.
Had it not been the last day I would have rested, but being the last day I had nothing to loose, I wanted to go home knowing I had done everything I could.

Climbing past the mono gave me such a rush, a truly amazing feeling.
I tried not to rush it, to stay focused and just let the body do what it was supposed to do. My mental aspect was in the right order, I even felt okay climbing in the heat.
I felt really strong actually... but once again… I thought falling on the last move once was bad enough… and then to fall on it again…

I guess you can sum up many positive things about the process and learning and so on, but to be honest, it feels closer to my heart just to scream JODER! I wanted to do this route so bad, I really tried harder then I ever have on a route before…
It was therefor a little emotional leaving beautiful Spain, my mission yet unfinished.
I’m still so motivated to climb on it, and feeling like in my best shape ever, it’s hard to make sense of going home to climb indoors, not staying to use the shape I’ve been working up to finish Novena Puerta…

I left Spain light handed, I literally did. Not only did I not do my route, but I lost my bag on the bus to the Barcelona airport. So my climbing gear is still in Spain. I guess it has to be some kind of sign…

But, lucky for me, I’m coming back to Spain the next season, hopefully feeling even stronger! But for now, I really have to find some new motivation. Training in the gym does not feel that tempting…
Lagt inn av Hannah Midtbø kl. 08:30 Ingen kommentarer: 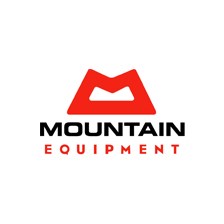 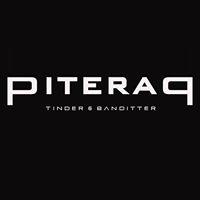